The City of Saint Paul is implementing bikeway and traffic calming improvements along sections of Pelham Boulevard, Myrtle Avenue, and Raymond Avenue in Fall 2017.

The project is complete with the exception of installation of green pavement markings at intersection conflict zones. This work will occur in Spring 2018.

The purpose of the proposed improvements is to

City staff held an Open House to learn about the proposed improvements, view project information, and provide feedback. The meeting was:

The city has received letters of support from the two District Councils in the project area:

The project was presented to the Transportation Committee of the Planning Commission. The meeting was:

The Transportation Committee recommended implementation of the proposed project.

City Council held a public hearing. All were invited to attend and provide public testimony in favor or in opposition to the project. The public hearing was:

If you can not attend the public hearing, you can email comments to ward4@ci.stpaul.mn.us to have them included in the public record.

Download a copy of the public hearing announcement mailed to neighborhood properties.

Myrtle Avenue will permit motorized traffic only in the westbound direction. A contra-flow bicycle lane will allow people using bicycles to move eastbound.

Implementing the bikeway will require removing on-street parking from: 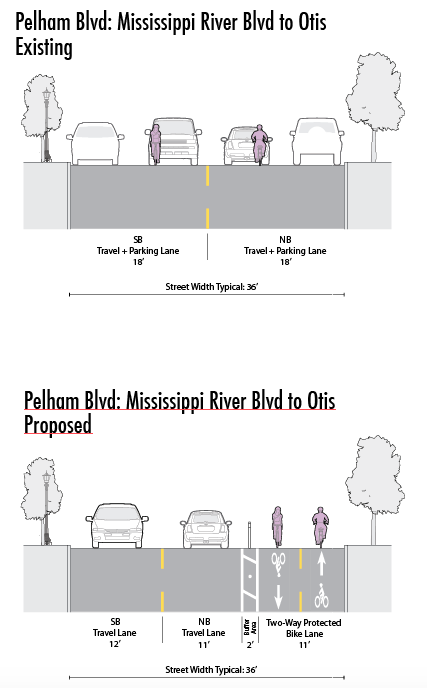 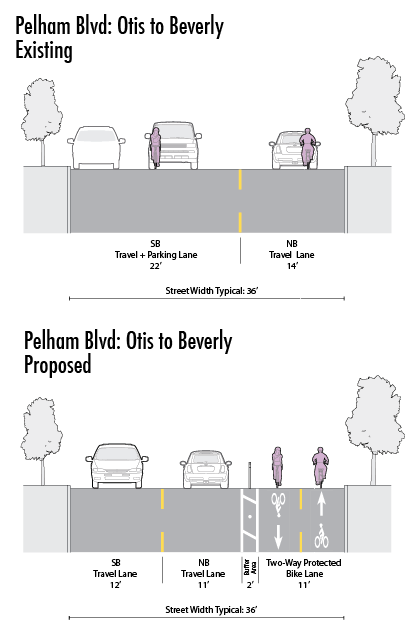 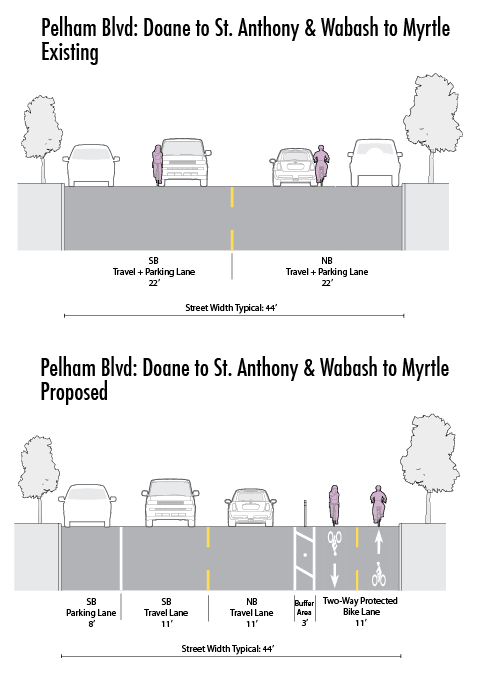