Acknowledging groups and organizations that have demonstrated a commitment to environmental conservation, Mayor Chris Coleman presented the 2010 Sustainable Saint Paul awards on April 28, 2010.

“These ten recipients represent the best in sustainable initiatives for this past year,” Mayor Coleman said. “Their dedication to making our environment better every day is an attitude I greatly admire. I am happy to be giving these awards to people and efforts that continue to make Saint Paul a national leader on environmental policy.”

The awards pay tribute to individuals and organizations that have demonstrated a commitment to environmental stewardship through leadership in their respective categories. By sponsoring these awards, Mayor Coleman encourages all residents, businesses, community groups and non-profits in Saint Paul to implement similar projects. These efforts further enhance the City’s quality of life and make Saint Paul the Most Livable City in America.

As advisory committee members worked tirelessly to clean up the Como Woodlands, they recognized the ever-decreasing rate of environmental literacy among Saint Paul schoolchildren, and realized that the addition of an outdoor classroom in Saint Paul could play a significant role in reversing this trend. The Como Woodland Outdoor Classroom Advisory Committee works with Saint Paul students to restore parkland and to provide recreational and educational opportunities for local residents.

On Earth Day in 2009, Securian received the prestigious US Green Building Council (USGBC) LEED for Existing Building Certification for its 401 building, the LEED EB certification is the most rigorous and difficult standard of achievement, given only to the world’s greenest, most efficient buildings. The 401 Building incorporates cost-effective, sustainable cleaning and maintenance programs, conservation and recycling efforts, site management, green information technology initiatives, and high efficiency building system upgrades. In addition, Securian has formed a Sustainable Workplace committee to help guide the company’s efforts to maintain a healthy facility, reduce waste and increase energy efficiency. 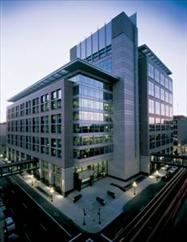 Conserving water and reducing chemical pollution in public pools were among the many goals during The City of Saint Paul Public Pool Initiative during the 2009 swimming season at the Highland Park Aquatic Center (HPAC) in Saint Paul. That was accomplished using an all-natural water treatment system comprised of a species of Sphagnum Moss, implemented by the City along with partners such as Creative Water Solutions (CWS) and others, the first use of moss in a public pool anywhere in the worldPublic/Private Initiative Award: This year, the selection committee decided to recognize the amazing collaboration of the public and private sector for spending two years tackling the City’s challenging environmental policy and created a new category of Public/Private Initiative Award.

This award recognizes the efforts of the City of Saint Paul and a collaboration of public and private interests including local architecture, engineering and construction firms, environmental organizations, commercial, industrial and residential real estate, as well as state and local governmental units that crafted the City of Saint Paul Sustainable Building Policy passed by the City Council on December 16, 2009. The policy was enacted to support cost efficient sustainable energy “Green Building” guidelines to be included in projects where City investment are made. The City’s both the collaborative effort and the new Sustainable Building Policy are models for other communities.