Mission: Serve as a catalyst across the city to advance a culture of innovation and improvement. 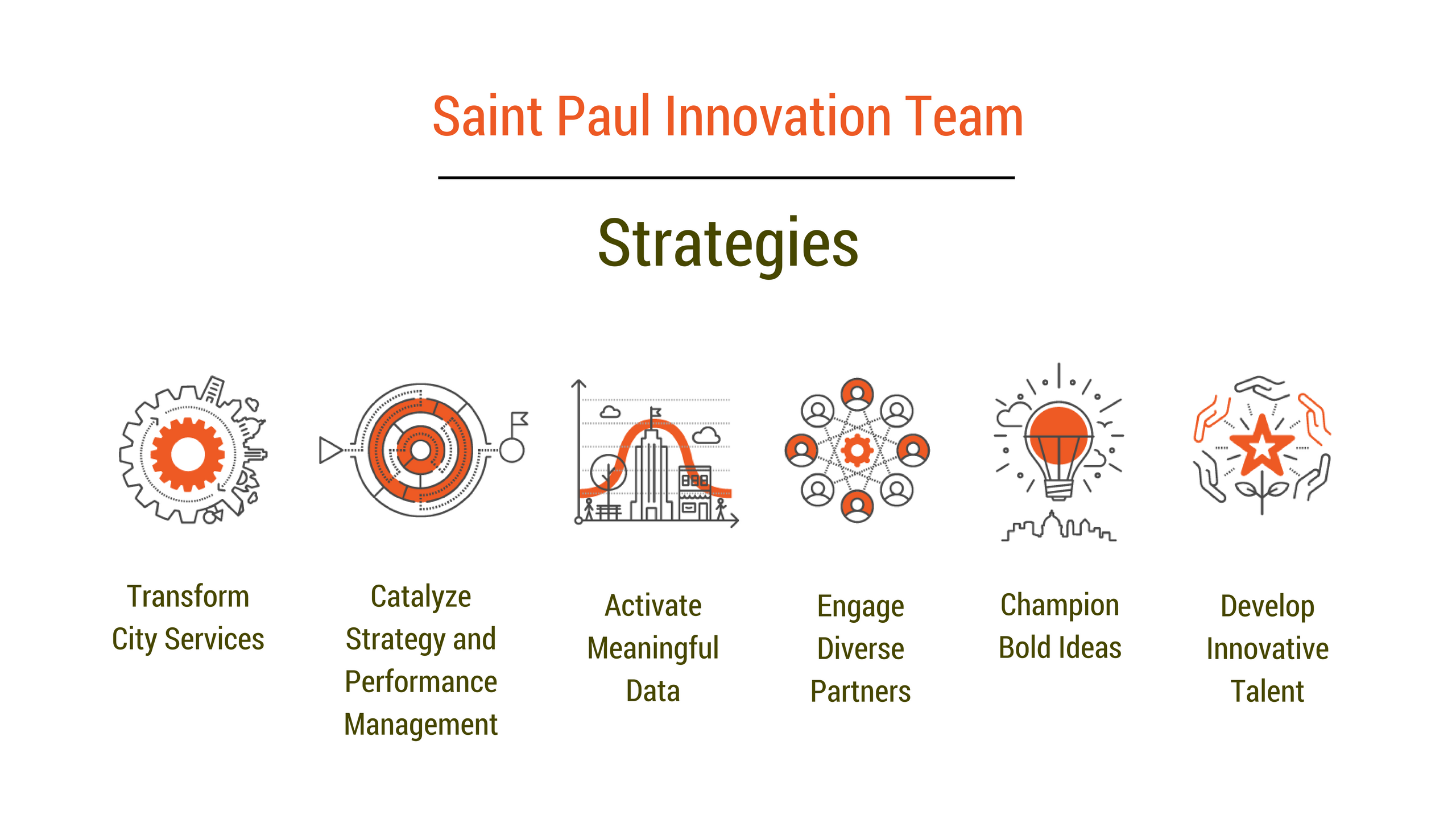 News coverage of projects the Innovation Team has consulted and collaborated on:

In August 2013, the creation of the Innovation Team was announced. The team is housed out of the Office of Financial Services and reports to both the Mayor’s Office and the Chief Financial Officer. With the launch of this team in 2014, Saint Paul became one of a growing network of cities across the country establishing innovation teams to develop and deliver new and improved services for the 21st century.