The City Council is responsible for adopting the City's operating and capital budgets and property tax levies. In August, the Mayor proposes the budgets for the following year. After the budgets are proposed, the City Council begins its consideration of the budgets. A series of Council Budget Committee meetings are held throughout the fall to review the Mayor's proposed budgets in detail. Public hearings on the proposed budgets and tax levies are also held during this time period. In mid-December, the Council adopts the final budgets and property tax levies, incorporating any changes Councilmembers have to the original proposal into the adopted budgets and levies.

Video Link on the Budget Process

Send Comments and Feedback to the City Council: CouncilBudget@ci.stpaul.mn.us 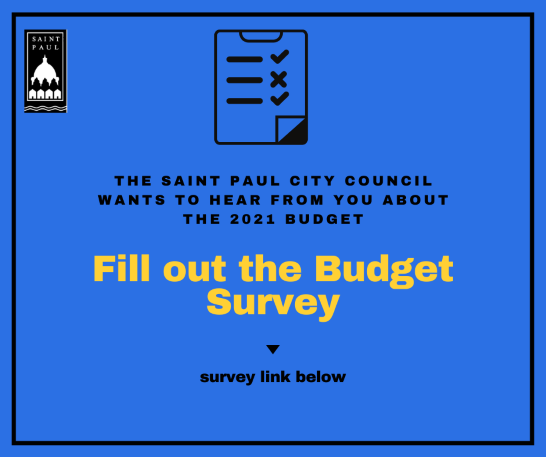