In early 2017, the City of Saint Paul’s Housing and Redevelopment Authority was asked to solicit offers from interested developers, exploring the possibility of reuse of the structure as a center for jobs. This process specifically was asking the private development community about the potential for redevelopment as creative office space and other commercial uses, including limited retail.

A staff recommendation to award “tentative developer status” to The Ackerberg Group, allowing the developer 180 days to conduct additional due diligence to further refine the proposal, was approved by the HRA Board on November 8, 2017. 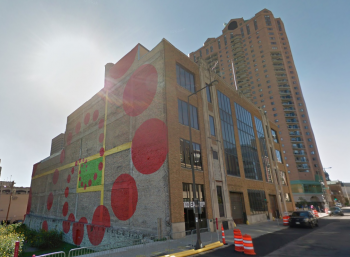 If the proposal is carried forward by the developer, next steps would include negotiation of a development agreement, which will also need approval by the HRA board. Any proposed sale of the building would be preceded by public hearings at the HRA Board and City Council.

Developer: The Ackerberg Group (other successful projects include The Finn and MoZaic)
Offer: Above the building's appraised value; no current request for City subsidy
Estimated taxable value for building after redevelopment: $4.8 to $6.6 million
Addition of jobs: Nearly 200 permanent jobs; new construction jobs during redevelopment
Private funding commitment to enhancing existing park space on block: $650,000 for permanent improvements; additional 20-year maintenance commitment of over $1 million total
Existing park space on the block (to be permanently improved through this project): .45 acres
Total park space still possible on the block following redevelopment of PSA: 2.1 acres

From the developer:
At this stage, our preliminary plan for the Project consists of the following elements:

Materials for HRA Board meeting - November 8, 2017