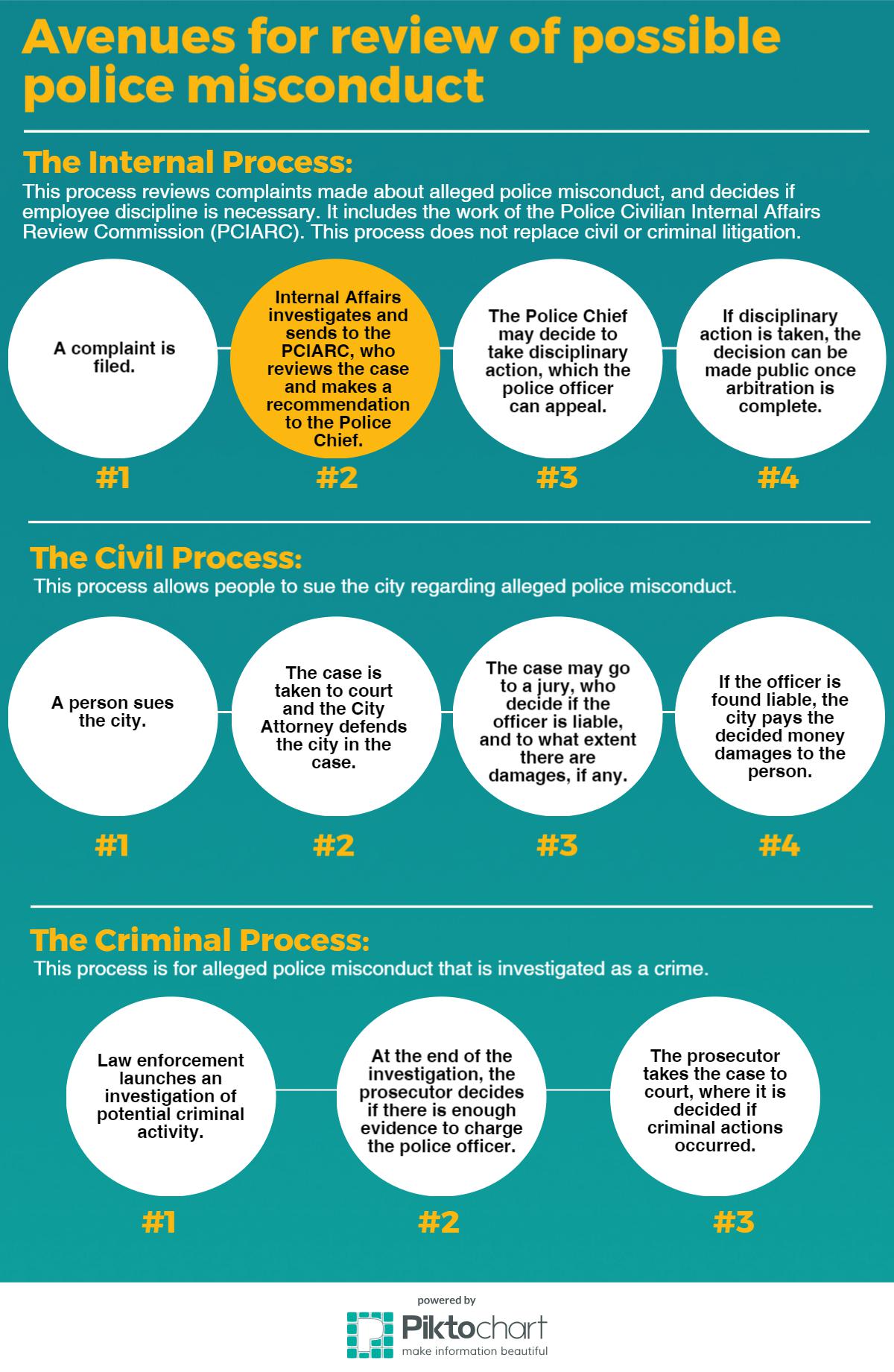 During the internal process, once a complaint is received, the coordinator will follow up with the complainant to ensure the complaint is signed and fully completed. The complaint will then be turned over to the Saint Paul Police Internal Affairs Unit.

Failure of the commission to reach a majority decision will cause the investigation to proceed directly to the chief of police for determination and disposition. 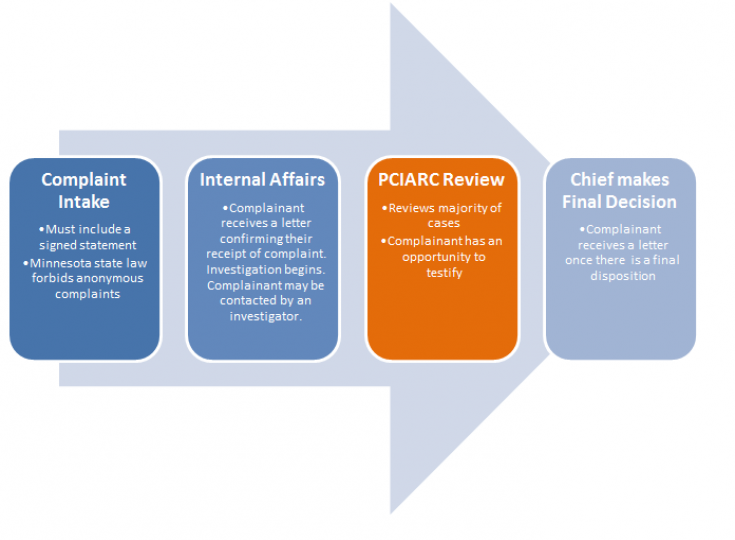 When filing a complaint, is not necessary to identify what sort of complaint it is—each complaint could have multiple charges. The different types are:

The Chief of Police has the final say on the complaint's disposition and discipline.

All of the processes surrounding the complaint review process as it pertains to intake and PCIARC review are spelled out in the PCIARC Standard Operating Procedures Document. The document was created with input from the Saint Paul City Attorney's Office, the City's Labor Relations team, the City's Office of Technology and Communications, the Saint Paul Police Department, the Saint Paul Human Rights Department, and the Mayor's Office. It was last updated 10.9.17. It will be revised and updated from time to time.

For questions on the complaint process or the Police Civilian Internal Affairs Review Commission, please contact the PCIARC Coordinator.