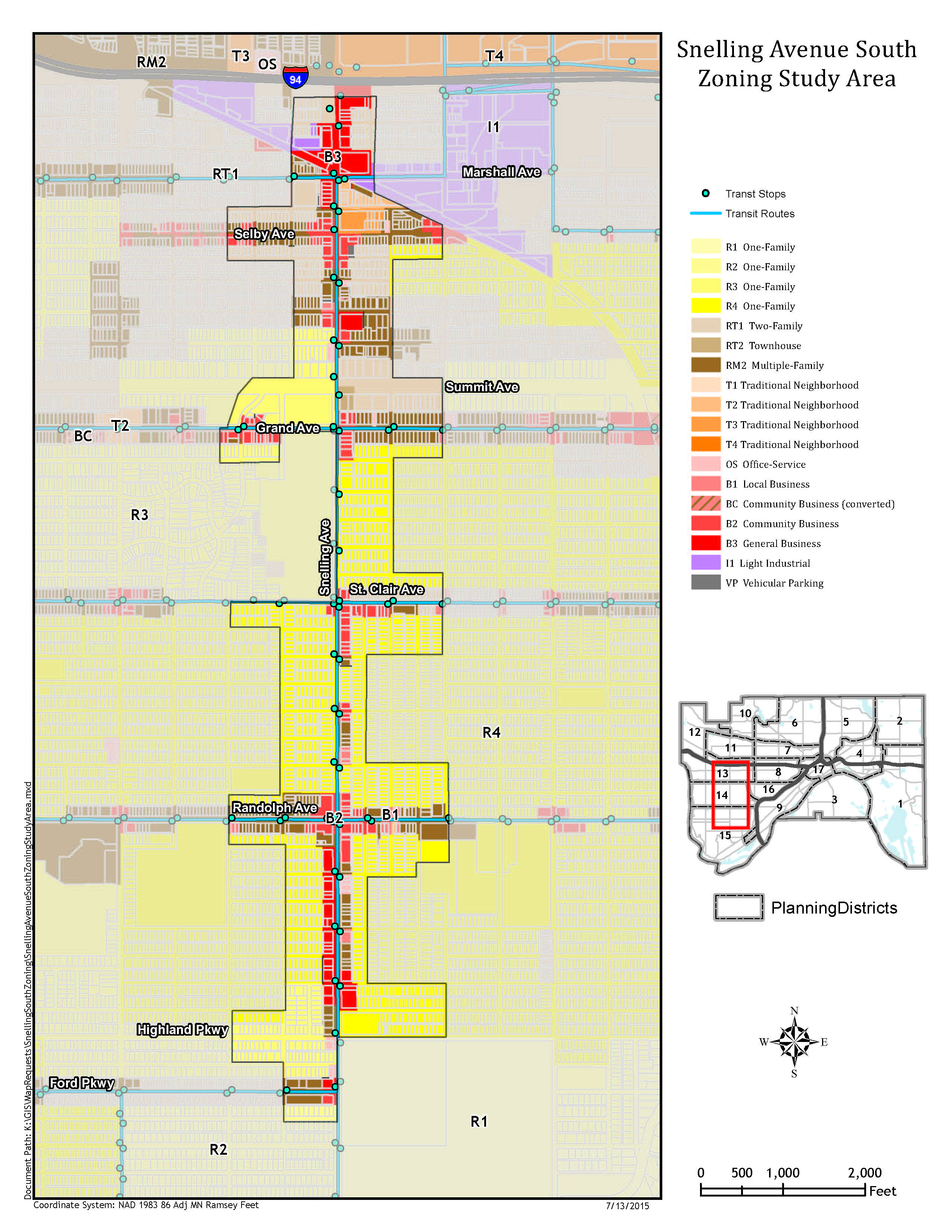 Cities, including the City of Saint Paul, use zoning to regulate land use and scale of development. Zoning studies are a formal review of existing zoning districts within a defined area to determine if new zoning for some parcels of land would be appropriate. The goal is to optimize zoning for both existing uses and for development and investment consistent with the City's Comprehensive Plan and with applicable area plans such as neighborhood plans.

In July 2015, the Saint Paul Planning Commission initiated the Snelling Avenue South Zoning Study. The study was initiated in anticipation of the opening of the A-Line Bus Rapid Transit (BRT) on Snelling Avenue (service began in June 2016) and in response to strategies included in the adopted Macalester-Groveland, Highland, and Union Park district councils' neighborhood plans.

The study area includes the blocks along Snelling Avenue South between I-94 and Ford Parkway as well as the blocks along Selby Avenue, Grand Avenue, St. Clair Avenue, Randolph Avenue, and Highland Parkway within 1/4 mile of Snelling Avenue. Not all properties within the study area will be recommended for rezoning. Maps of the proposed rezoning for each of these areas is available.

The informal portion of the zoning study included staff work and consultation with the community, District Councils, and Planning Commission.

The formal review of the Zoning Study includes several steps:

City Council is considering the zoning changes outlined in the Zoning Study and held a public hearing on Wednesday, September 6, 2017.

Written comments can be emailed to Tony Johnson, City Planner, or mailed to:

A  timeline for the Snelling Avenue South Zoning Study is shown below. Depending on input received, the zoning study may take longer. 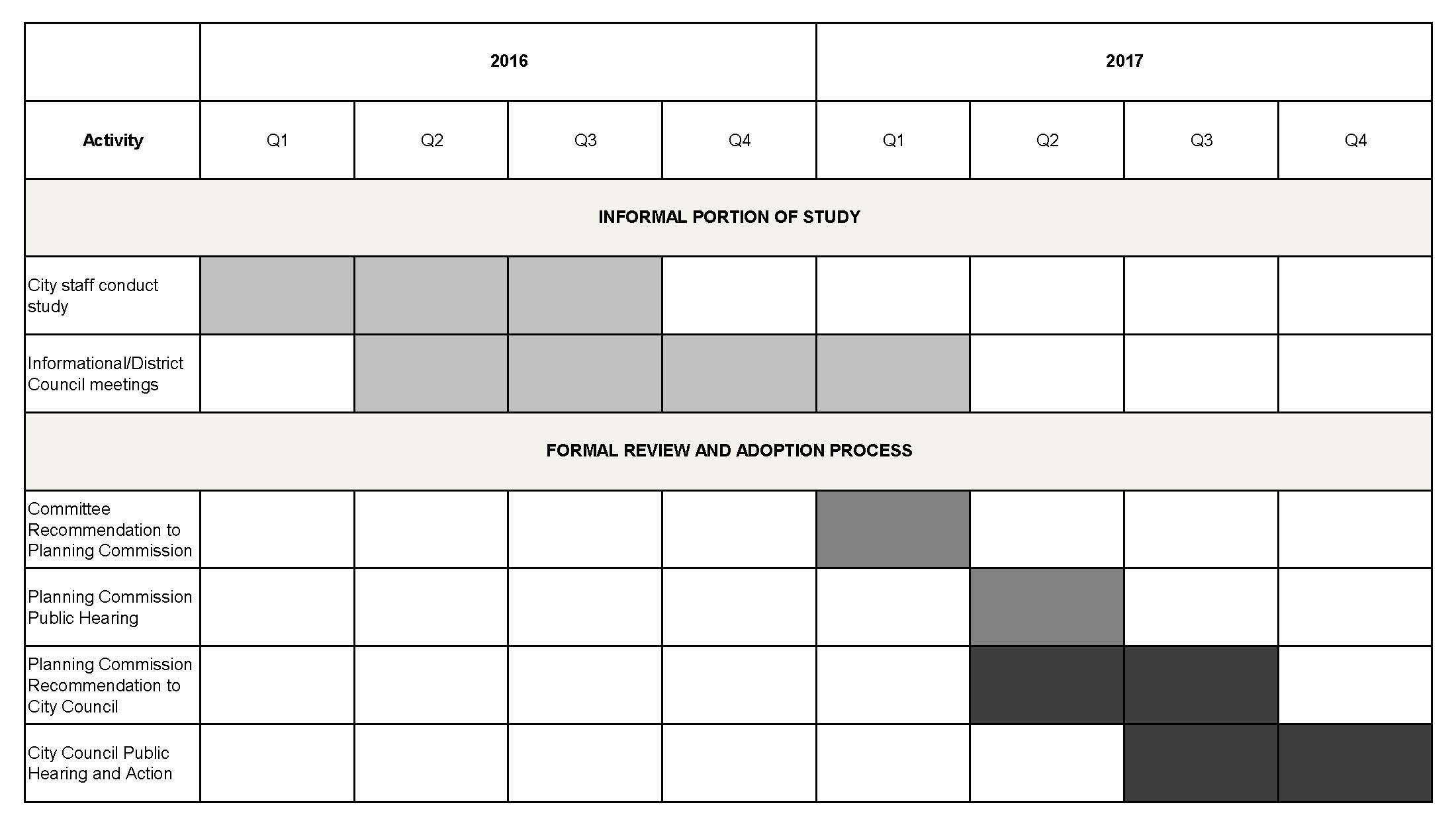