Saint Paul police are investigating a pedestrian crash and shootings that occurred outside the main gates of the Minnesota State Fair during the late-night hours of Monday, Sept. 2.

The first call for help came in just after 10 p.m. when officers working traffic duty outside the fair were called to the intersection of Snelling Avenue and Fair Place West on a report of a pedestrian who had been struck by a vehicle. 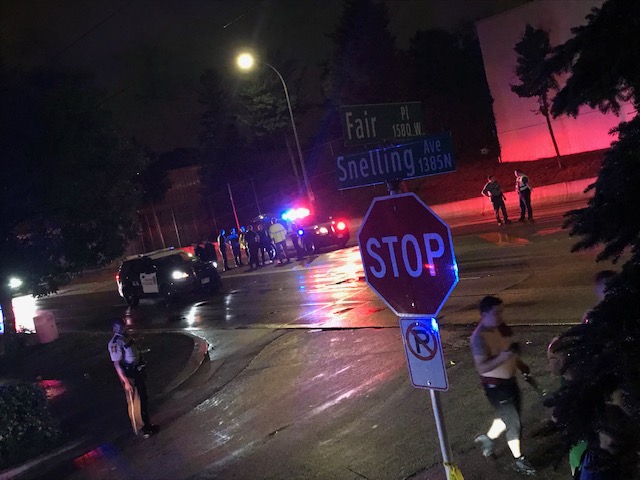 Officers arrived and found a chaotic scene surrounding a gravely injured 19-year-old woman lying in one of the northbound lanes of Snelling Avenue. She was breathing but unresponsive. Saint Paul Fire medics were called to the scene and they transported her to Regions Hospital, where she is currently in critical condition.

Witnesses reported that there had been a fight in the area just before the woman somehow ended up in the road and was struck by a passing vehicle. The driver of the vehicle initially stopped but left the scene after bystanders began kicking and hitting his vehicle. He drove a short distance away, pulled over and called 911.

He is cooperating with investigators, who report no signs of impairment.

A short time later, several gunshots rang out about a block south of the crash scene as officers were rerouting traffic off of Snelling Avenue at the intersection of Midway Parkway. There were several officers in the immediate vicinity, and they ran toward the gunfire in an effort to find the shooter or shooters and help any victims. 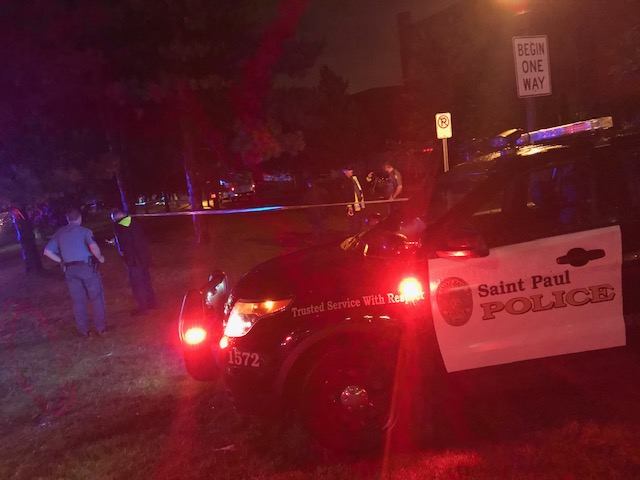 All three of the victims have been treated and are expected to survive.