Saint Paul police are investigating a shooting that left a man dead in the late evening hours of Saturday, Feb. 15. 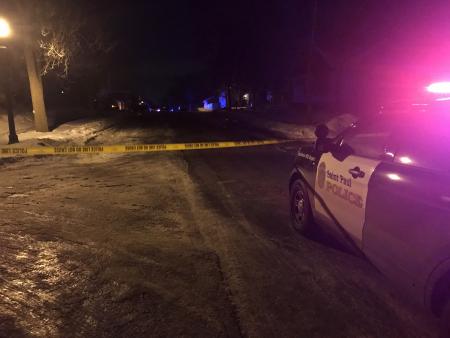 At approximately 11:15 p.m. officers were dispatched to assist Saint Paul Fire paramedics at the intersection of Kennard Street North and Ross Avenue on a report of a man who had been assaulted. When officers arrived in the area, they located a young adult male who was lying in the street. Officers checked on him and realized he was suffering from a gunshot injury, was unconscious and not breathing. Saint Paul Fire paramedics arrived and pronounced the male dead on scene.

Officers secured the crime scene and began looking for witnesses and any evidence of the crime.

The department’s Forensic Services Unit will be processing the scene and investigators are trying to determine what led to the shooting and who is responsible. Anyone with information about this incident is asked to call 651-266-5650.