As of Monday, June 25, the Saint Paul Police Department began the second phase of the 'Stop for Me' campaign by ticketing drivers who fail to stop for pedestrians at crosswalks.

Saint Paul drivers are now stopping more for pedestrians that are crossing the street at non-signaled crosswalks, according to University of Minnesota researchers, increasing from 33 percent last fall to 44 percent last week.

Researchers believe the increase is the result of the Saint Paul Police Department’s city-wide program “Stop for Me”—a campaign that enforces pedestrian laws, increases driver and pedestrian education and works towards enhanced signage and other changes to crosswalks around the city.

As of Monday, June 25, the Saint Paul Police Department began the second phase of the campaign by ticketing drivers who fail to stop for pedestrians at crosswalks.

Additionally, police officers are ticketing drivers for “Endangerment” if they pass a vehicle that is stopped for a pedestrian at a crosswalk. This citation leads to a mandatory court appearance for the driver. 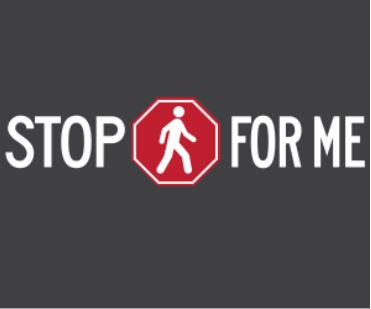 Weekly stopping percentages can be viewed at eight intersections across the city from now until the end of fall:

Each year, dozens of Saint Paul pedestrians legally crossing the street are struck by vehicles driven by motorists who fail to stop. In 2017, there were 192 vehicle-pedestrian crashes in Saint Paul, three of which proved deadly.