A Dense Canopy of Deciduous Trees Shades the Plants Below and Helps Retain Moisture. 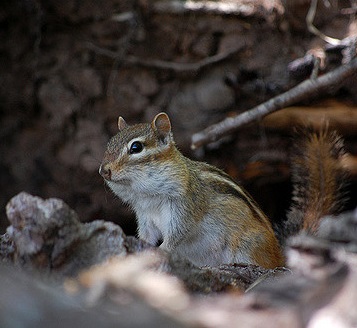 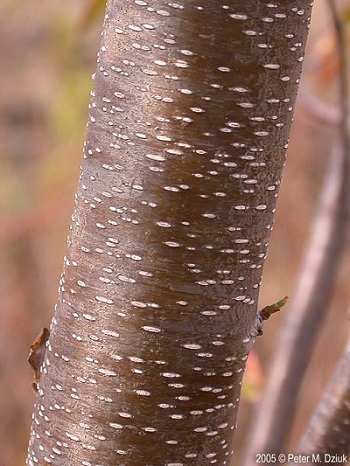 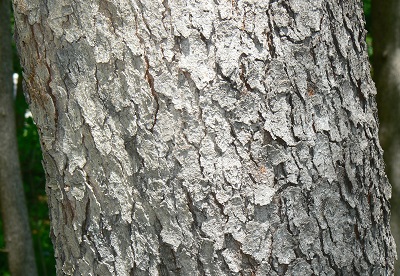 The oak forest plant community is typically found on the upper slopes or crests of bluffs, and has a dense canopy of deciduous trees like red and white oak and basswood. Oak forests differ from oak woodlands in several ways. Oak forests are not fire-dependent systems, and historically experienced fire less frequently. Forests tend to have a more continuous tree canopy and more nutrients and moisture in the soil than woodlands.

The oak forest understory often includes young black cherry trees, which are easily identified by their bark. The bark is reddish-brown with short, gray horizontal lines called lenticels. These allow for air exchange between the tree and the atmosphere. Mature black cherry trees have dark, scaly bark that looks like burnt potato chips. The thick understory of the oak forest provides good cover for burrowing animals like red and gray foxes, chipmunks, and woodchucks to make their dens.

How Will Climate Change Impact Invasive and Native Plants?​ 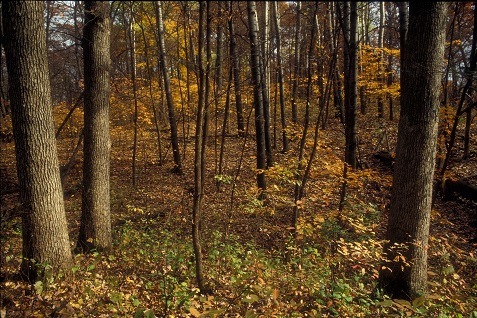 Climate change is making Minnesota warmer and wetter, with more severe precipitation events. Prolonged droughts are predicted. The distri­bution of some plants and animals are shifting, and some plants, such as aspen, are dying. Leaving some invasive trees in the Classroom, such as black locust, will allow students to study how invasive species and other native species are responding to a changing climate.