A Dry and Fiery Plant Community That is Inhospitable to Trees and Shrubs.

Shortgrass prairie, as the name suggests, is dominated by short- to mid-height grasses with flowering plants interspersed. The dominant grass species are typically little bluestem, prairie dropseed, and side-oats grama. Shrubs struggle in this environment due to lack of moisture and the frequent presence of fire.

Why Are Shortgrass Prairies Typically so Dry? 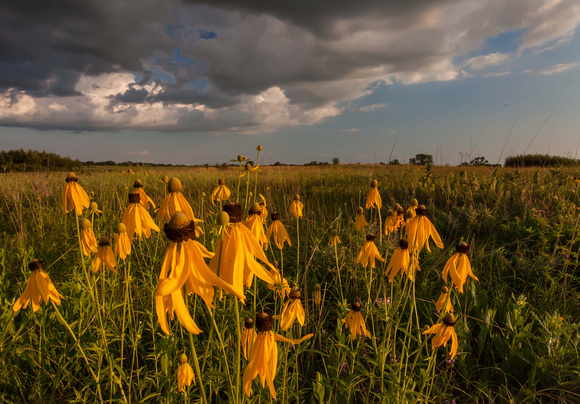 Shortgrass prairies grow in well-drained sandy soils or on steep slopes where water runs off readily. This dry habitat often includes exposed patches of bare ground, which usually are not found in tallgrass prairie. Plants living in this ecosystem have special adapta­tions to survive. As with other prairie ecosystems, most of the biomass in a shortgrass prairie is underground in the roots. Long, fibrous roots allow the grasses to obtain moisture when it is available and keep the plant stable in the sandy soil. Small, narrow, or hairy leaves are adaptations of prairie plants that help prevent water loss. 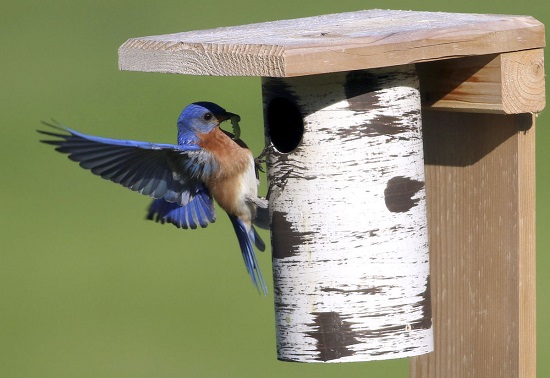 Eastern bluebirds (Sialia sialis) are often seen nesting and foraging for insects in the Classroom. The male of this species is a vibrant blue color, with a rusty throat, breast, and sides. Females look similar but have duller plumage. Eastern bluebirds hunt for insects in open areas and nest in cavities, laying 3-5 pale blue eggs per clutch. During the 1930s to 1960s, bluebird populations decreased dramatically due to habitat loss and competition from other cavity-nesting birds, including non-native invasive birds such as European starlings and house sparrows. In response, people began to construct artificial bluebird houses to place in parks and homeowners’ yards. These efforts, as well as the work of nestbox monitors, the Minnesota Department of Natural Resources, and the Bluebird Recovery Program of Minnesota have led to a rebound in bluebird population size.