Since the beginning of his tenure in 2016, St. Paul Police Chief Todd Axtell made it a priority to increase community engagement to unprecedented levels by establishing, improving and sustaining community relationships through trusted service with respect. In order to be truly inclusive and reach communities that have sometimes been underserved and over-policed, a new position was created out of necessity; the Community Engagement Specialist (CES).  CES are non-sworn members of the SPPD and provide a critical service by working as a liaison between the community and department.

The Community Engagement Specialist assists the department with breaking down barriers by understanding culture, ethnicity and language to gain better accesses to communities of color for better communication and engagement through formal and informal meetings, training, introductions and participation in cultural events.  Their primary roles include, but are not limited to:

There are currently four full-time CES who serve the community.  They speak several different languages, including Spanish, Hmong, Oromo and Somali and currently represent the following four major segments of the community: 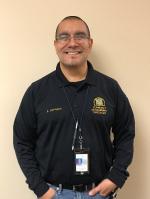 Cha-Cho is a graduate of Cretin High School, born in Saint Paul and raised on the city’s Westside. He studied Psychology/Youth Development at Inver Hills and Law Enforcement/Community Crime Prevention at Metro State. Cha-Cho worked at The Boys & Girls Club for 20 years, serving as the director of Gang Prevention and Intervention programs. He was also director of the extended aftercare/gang tattoo removal initiative at Boys Totem Town. He moved on to work as the youth and community advocate at the Neighborhood House, and also served as the director of the Gang Reduction and Intervention Program (GRIP) for eleven years prior to joining the SPPD. 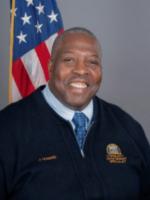 Johnny’s professional career has been dedicated to serving as a liaison and participant in civic engagement partnerships to improve our community quality of life and keep us safe. He has organized and built collaborations and partnerships between residents, cultural, religious and ethnic groups and government and public safety groups, to advance public policy and programs which subsequently are national models of community building. Some of his most successful work is spending over 16 years as founder and executive director of the nationally recognized Thomas-Dale Block Club Inc.; a citizen and volunteer group in the Frogtown neighborhood which is located within Ward 1 of the City of St. Paul. 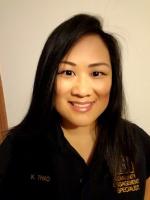 Kaying Thao was born in a refugee camp in Thailand, and immigrated to Minnesota with her parents at five months old. She grew up in the capitol city, St. Paul, and Roseville, a first ring suburb of St. Paul. After various endeavors out of state, she returned to Roseville to raise her children. After realizing the growing pains of an increasingly diverse district, and the impact of the opportunity gap, Kaying eagerly campaigned for a seat on the school board and was elected as Roseville Area School district's youngest and first Hmong school board member in 2012. Prior to elected office, Kaying served as the vice-chair on the Roseville Human Rights Commission. Prior to joining the SPPD, Kaying was the public policy advocate with Catholic Charities of St. Paul and Minneapolis where she successfully advocated for the passing of the bonding bill to include $40 million to complete phase II of the Dorothy Day/St. Paul Opportunity Center. In her current role as Community Engagement Specialist with the St. Paul Police Department, she serves as the liaison between the police department and the community, building trusting relationships one person at a time. Kaying is an alumna of St. Catherine University and Metropolitan State University, and is a doctoral candidate in education at Hamline University. She currently lives in Little Canada with her three high school children. 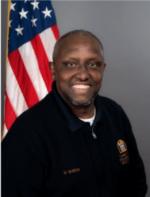 Warsame was born in Mogadishu, Somalia and came to the United States as a political refugee fleeing the civil war in Somalia. He resided in San Diego prior to moving to Minneapolis. Warsame has a BA in Political Science from the Somali National University and has a three-year degree in Computer Science and Education from Kenya Polytechnic in Mombasa, Kenya. Warsame is a Somali language and culture expert.  With an extensive educational background in literacy, Warsame worked with The Center for Third World Organizing (CTWO) in Chicago. He has also trained with Allies for Justice at Augsburg College in Minneapolis. He also has also a certificate for organizing and mobilizing communities; a six-month training course with the Organizing Apprentice Project-Minnesota Chapter.

Warsame has taught in school and library settings, in addition to instructing in law enforcement academies for over 20 years in the United States. He continues to be an advocate for teaching, emphasizing how education is a necessary tool for success. Warsame has multilingual skills speaking in five languages and reading and writing in four languages including Somali, English, Kiswahili, Amharic and basic Arabic. Warsame is married and has three children.