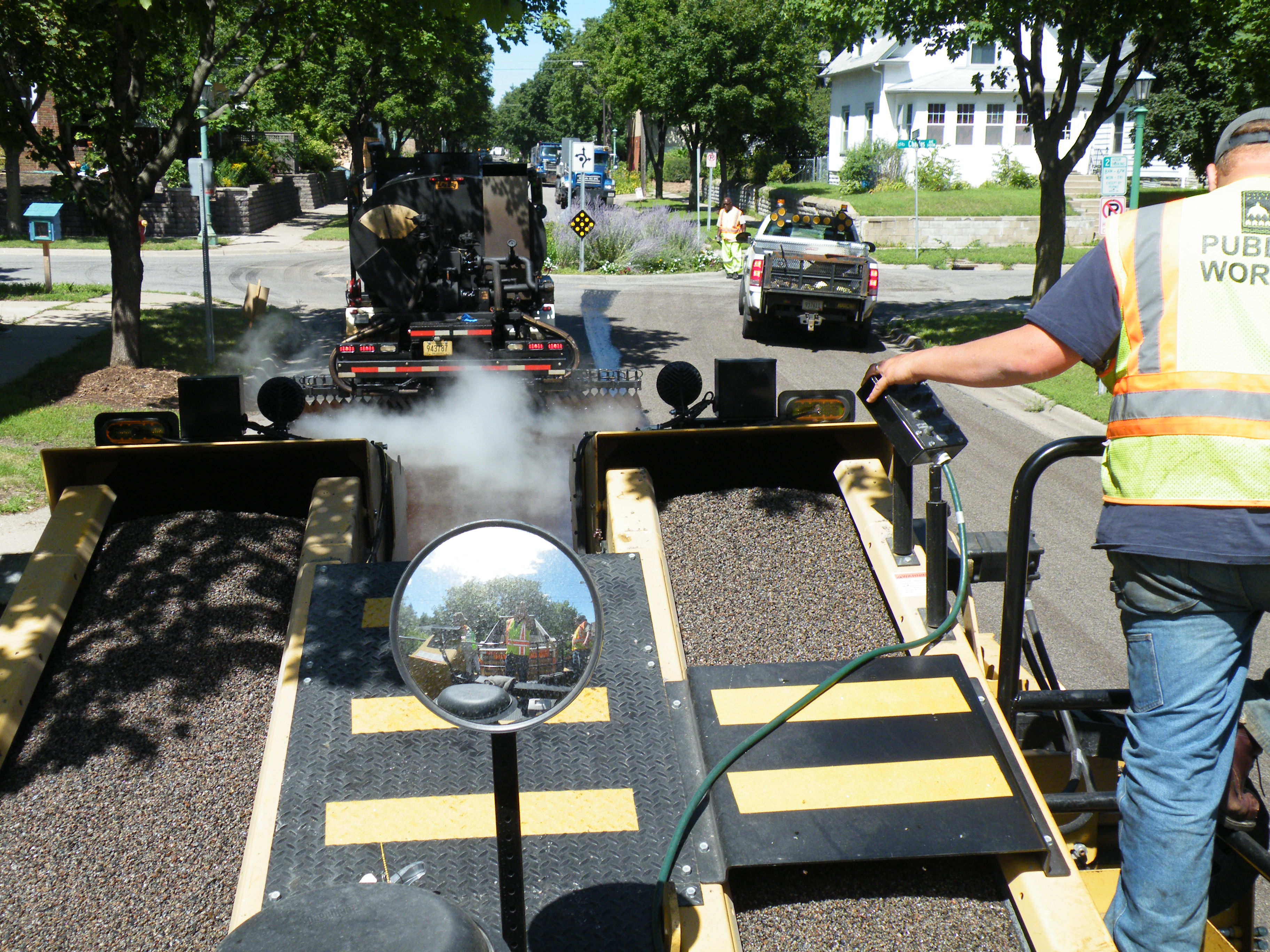 Seal coating is a street maintenance technique which preserves the condition of a street by sealing the surface and small cracks within the existing asphalt pavement. When this type of preventative maintenance is performed on a timely basis, a typical pavement may last 40 years before it needs to be reconstructed. Saint Paul’s residential streets are seal coated every eight years. Because of the heavier loads and higher traffic volume, arterial streets are milled and overlayed.

​This street maintenance technique involves applying hot liquid asphalt to a street surface and covering the street with a graded aggregate to produce a waterproof membrane.

During the summer months, several weeks before seal coating begins, the City's street maintenance division will work in the area to prep the streets, which can include pothole patching and/or some skim paving, which is putting down a thin layer of asphalt to patch a larger area of the street.

There are several steps to seal coating:

Historically, approximately one-eighth of the City is seal coated each year. Residential streets were prepped in July and seal coated in August. Homeowners were assessed for seal coating at the end of the year when the project was completed.

Check out our seal coating video to learn more about the process.