The 911 call for help came in at about 8:40 p.m. Wednesday, Sept. 18 from the victim’s father. He said someone opened fire on a group of people leaving an evening Bible study held at a church near the intersection of Fuller Avenue and St. Albans Street North. Saint Paul police officers rushed to the scene and found a trail of blood that led to an adult male suffering from apparent gunshot wounds. 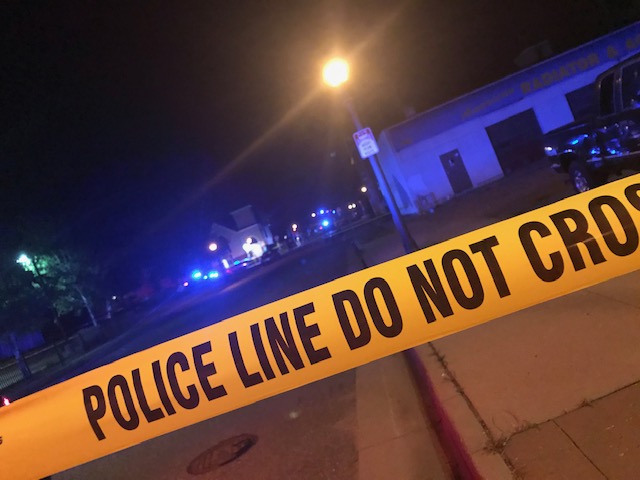 Officers immediately called for St. Paul Fire medics and rendered aid. Unfortunately their life-saving efforts were unsuccessful. The man died at the scene. Now investigators with the police department’s Homicide Unit, Gang Unit and Forensic Services Unit are working to find out who’s responsible for the city’s 20th homicide of the year, and sixth in a span of 17 days.

According to preliminary information gathered by investigators, the victim was leaving the church with a group of people that included his young daughter and father. After the gunshots the victim ran from the area while his father drew a handgun and returned fire. Investigators have confirmed that the victim’s father has a valid permit to carry.

Officers have conducted an extensive search of the area for the suspect and anyone else who may have been struck by gunfire but have not found anyone. The scene is being held while evidence is collected and witnesses are identified.

The Ramsey County medical examiner will positively identify the victim determine exact causes of death. This information, along with any updates on the case, will be released on the Saint Paul Police Department Twitter account, @SPPDMN.