They respond to an average of 280,000 calls for service each year. They treat community members with respect, build connections with those they serve and maintain close working relationships with business partners. They work tirelessly for the department and the City of Saint Paul.

They are the sworn and civilian employees of the Saint Paul Police Department.

Today, Saint Paul Police Chief Todd Axtell honor the best of the best when he announces the 2018 Officer, Detective and Civilian of the Year.

Officer of the Year: Adrian Saffold

Officer Adrian Saffold works in the Eastern District and was nominated for his professionalism, integrity, leadership, productivity and community engagement activities.

Axtell praised Saffold for his commitment to serving community members with trust and respect, noting that he requested to work one of the busiest shifts in the city—and has demonstrated an unwavering commitment to the people he serves.

“Although not common for a veteran officer, Adrian bid to work in a very busy district on the afternoon shift. This allows him to be involved, to make a difference and to be a role model to the younger officers,” said Axtell. “He is positive, engaged and always looking for ways to make our East Side neighborhoods safer for the people who live there.”

Saffold joined the department in 1991. 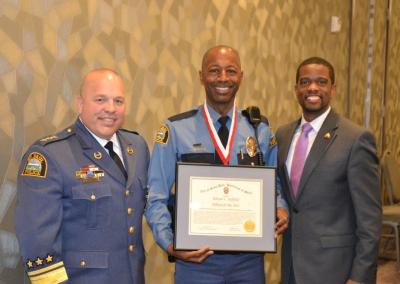 Detective of the Year: Mike Dunaski

Sergeant Mike Dunaski was nominated for his outstanding investigative skills and commitment to community engagement.

Dunaski works in the Gang & Gun Unit, where he has built strong relationships with the community and acquired a vast knowledge of the city’s neighborhoods and those who are most at risk to become part of the criminal justice system.

Axtell praised his tenaciousness, focus and unwavering commitment to protecting the wellbeing of the people who live in Saint Paul for making the police department more effective in its efforts to reduce gun violence.

“Mike is committed to keeping the city safe and secure, and he is always available for officers in other units, who are eager to have his expertise on board,” said Axtell. “His work was a major reason the number of shots fired in the city dropped by nearly 25 percent in 2018 when compared to the previous year.” 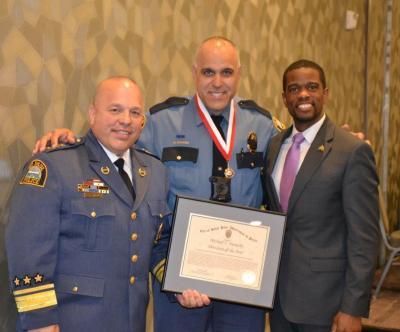 Civilian of the Year: Angie Steenberg

Steenberg has serviced as the executive assistant to Chiefs Bill Finney, Thomas Smith, Kathy Wuorinen and Axtell. She is adroit at managing schedules, communications, travel and the myriad administrative tasks that would overwhelm someone with lesser patience and skill.

In 2018, Steenberg started coordinating educational excursions for the department’s civilian employees, giving them a unique opportunity to experience different aspects of department operations.

“Many in our department appreciate and respect Angie’s professional, yet lighthearted demeanor,” said Axtell. “Angie is incredibly humble, preferring to work behind the scenes. But at the end of every day, her contributions to our department make our community a better place to live, work and visit. Saint Paul is truly lucky to have her working on its behalf.”

Steenberg started her career with the Saint Paul Police Department in 1987. 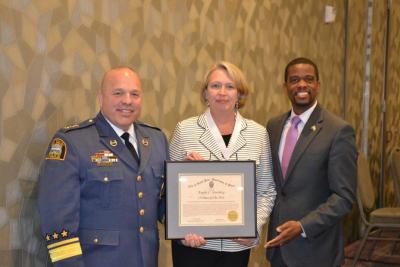 Honorable mentions included Alexander Graham for Officer of the Year, Amy Boyer for Detective of the Year and Carol Gronfor for Civilian of the Year.