The original house was built in approximately 1870 at 411 Saint Peter St. It housed Hose Company 1, originally, but a later building addition allowed Pioneer Hook and Ladder 1 to join the house.
In 1887, a double-bay, two-story building was erected at the corner of Ninth and Fort Rd. (Main St.). That building was occupied in the years to follow by Engine Company 1 and Ladder 1.
On April 13, 2010, Station 1 moved out of its present location of 296 West 7th Street and into its brand new location located at 1000 West 7th Street, along with Fire Station 10. 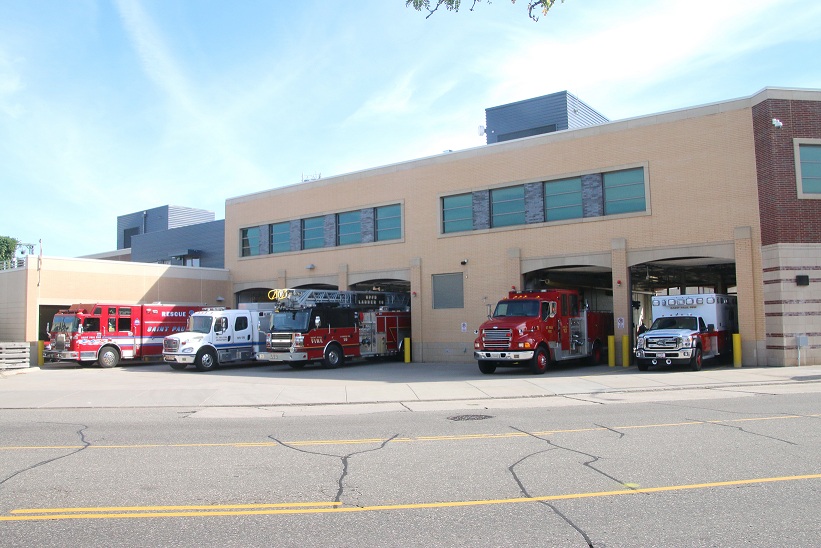