The department's headquarters building at Eighth and Minnesota was a double-bay, three-story brick building and was erected in 1883. It originally housed Engine 8 and Ladder 2. In 1912, Squad 1 moved there from Engine House 1, then Station 8 was remodeled. The Second floor was occupied by the Board of Fire Commissioners, and the Chiefs were moved to the third floor. When responding to alarms, it was necessary for the Chiefs to slide a pole to the second floor, and then slide down another pole to the apparatus floor. Station 8 moved to Eleventh St. and Minnesota in 1930 and shared the building with Ladder 2, Squad 1, and the Hose Tower. Old Station 8 was demolished in 1931. After 75 years in one location, Station 8 recently relocated across the street, to 65 E. Tenth St. into a newly constructed State office building. 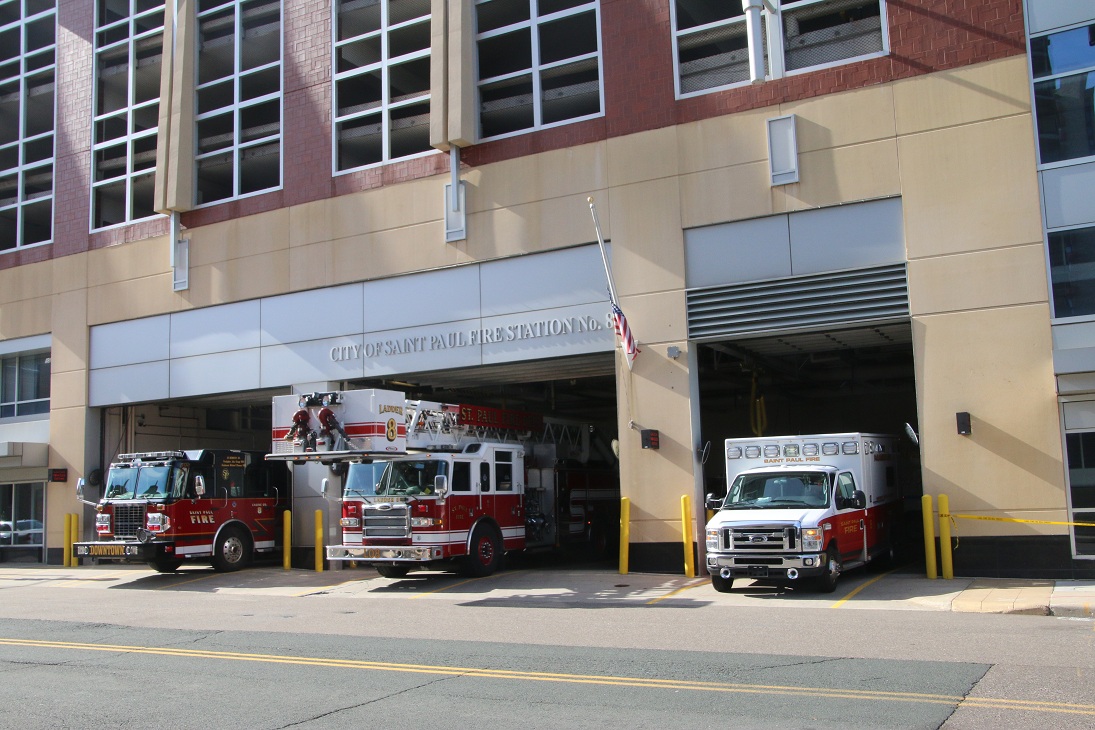