Terrace Forests Have Plants Able to Survive the Occasionally Waterlogged Conditions of Floodplains.

Terrace forest plant communities are typically found in southern Minnesota on level or rolling ground above small and large streams. Terrace forests have damp soils, though they only flood in very wet years. 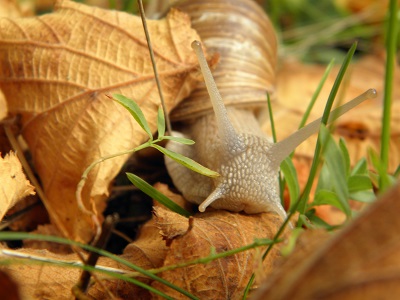 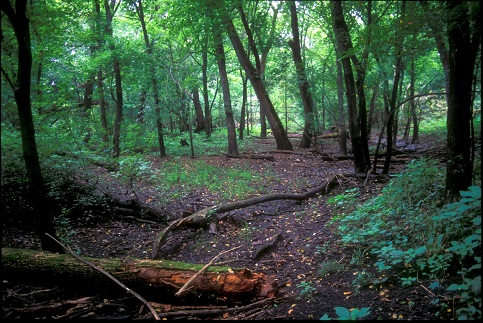 Terrace forests share similarities with oak forests, including a fairly dense tree canopy. One key difference between the two plant communities is soil moisture. A combi­nation of hydrology and shady canopy allow terrace forests to stay moist. In natural terrace forests, scraping into the surface of the soil may reveal numerous snail shells.

Terrace forests include species such as ostrich ferns, tall coneflowers, prickly ash, and basswood. Terrace forests also typically have woody vines such as wild grape and Virginia creeper. Dense patches of wood nettle may be present.

While fire doesn’t disturb terrace forests frequently, floods sometimes do. Plant species that live in these communities must survive underwater for periods of time and avoid being washed away by floodwaters. Ostrich ferns are one example of a species with an adaptation to flooding — underground, they grow sideways runners called stolons that spread to grow new plants. This strategy allows them to form large colonies that cling to the soil and protect against erosion during floods.

Terrace forests once lined streams across southern Minnesota, but today there is only a patchwork of these forests left. When settlers arrived, these rich soils beside streams were often the first areas cultivated.