According to the Minnesota Secretary of State's website, redistricting is the process of redrawing the boundaries of election districts to ensure that the people of each district are equally represented.  It is is done in the United States after the completion of Congressional reapportionment, which decides how many seats each state has in the 435 member House of Representatives. Reapportionment happens following the Decennial Census.

This document describes the possible timelines for enacting congressional and legislative redistricting plans following the 2020 Census. The scenarios are based on the default statutory procedure (plans are enacted through the legislative process) and under the more recently common procedure (plans are ordered by a judicially appointed redistricting panel, following failure of legislature to enact plans). 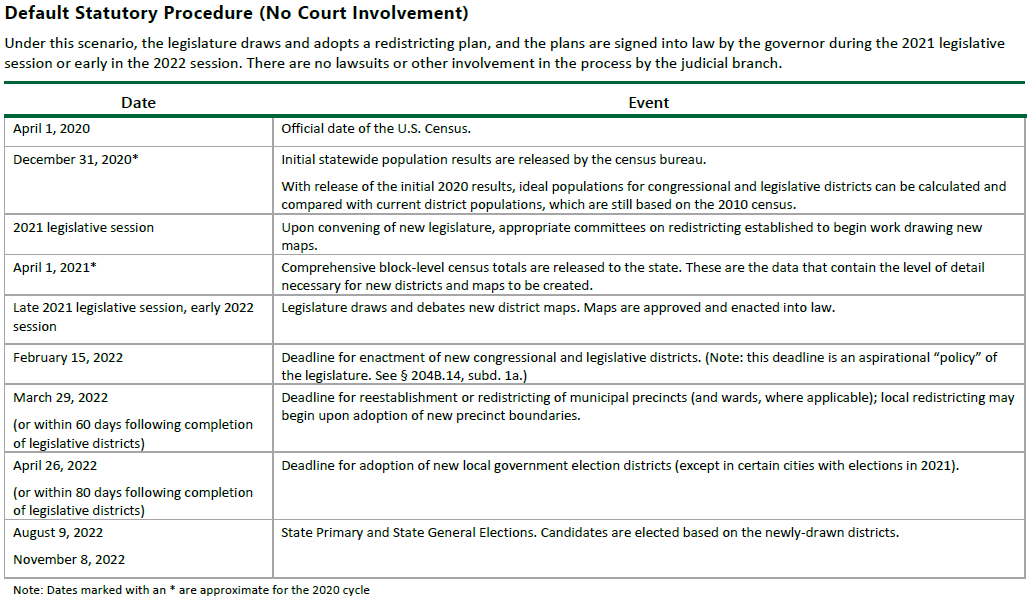 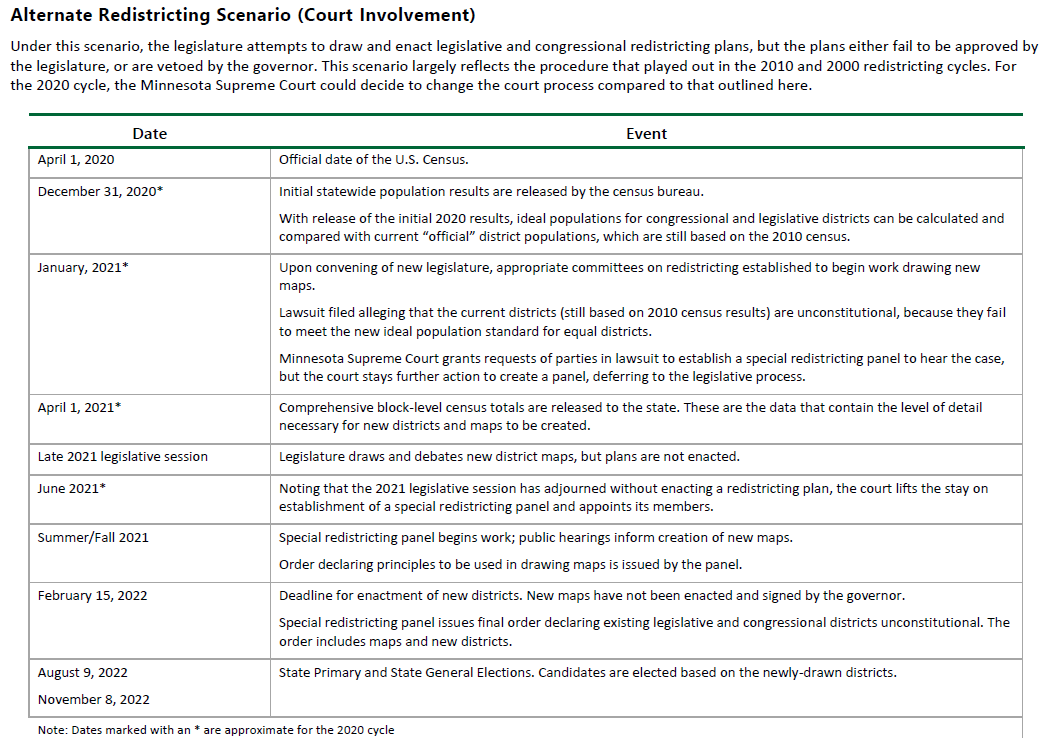 Who is responsible for determining ward boundaries?

The Saint Paul Charter Commission is responsible for establishing the new ward boundaries.  Go here to learn more about their membership.