In the 1920s, Twin City Rapid Transit Company Had 523 Miles of Track, No Public Subsidy, and 200 Million Passengers a Year. 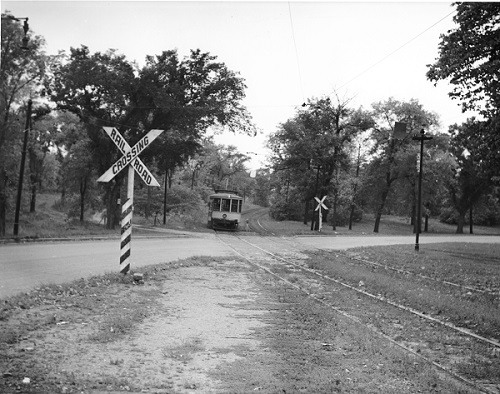 The Como-Harriet Streetcar Line had a great impact on Como Park with its physical presence in the park, its ability to bring many visitors to the park inexpensively, and the investments in the park made by the private operator of the line, Twin City Rapid Transit Company (TCRT).

Before electric streetcars reached Como Park, park visitors had no convenient, affordable method of public transportation to the park. Horse car and cable car lines did not extend to the park. An expensive omnibus ran to the lake only three times a week in warm weather.

More efficient electric streetcars replaced horsecars and cable cars as early as 1890 in Saint Paul. When streetcars reached Como Park in 1893, the park became easily accessible to visitors. A ride to the park from downtown Saint Paul took half an hour and cost an affordable five cents. Visitors arrived via a single loop track at a small waiting station near Lexington Parkway and Horton Avenue.

What Impact Did the Streetcar Line Have on Como Park and the Classroom? 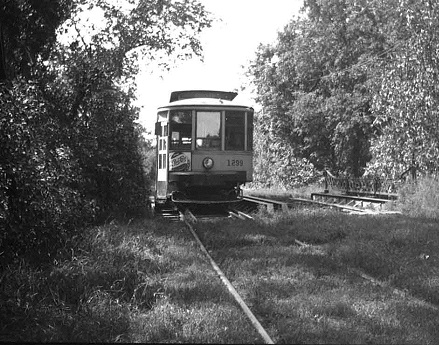 In 1898, the park board agreed to allow the streetcar line to be built through the park. Despite their strong misgivings about its negative aesthetic impact, the board determined that the benefits outweighed the disadvantages. The new Como-Harriet line connected the two cities and greatly increased park attendance. More than one million people visited Como Park in 1898, with up to 40,000 in the park at one time.

TCRT agreed to build bridges over road intersections, gave money for the grading of Midway Parkway, and installed electric arc lights in the park. They built a new wooden waiting station and contributed money to expand seating at the lakeside pavilion and build a music float for the nightly concerts they sponsored.

TCRT also agreed to makes its tracks as aesthetically pleasing as possible, with no cuts or embankments, and with masking offered by trees. Bridges such as the Beulah Lane bridge were made into ornamental features of the park. They also built a new stone station. Evidence of these efforts still exists. The stone bridge abutments at Beulah Lane have been incorporated into a reconstructed bridge, part of a bicycle and pedestrian path that follows the route of the former streetcar line through the Classroom. The restored Lexington bridge, footbridge, and station are located northeast of the Classroom.

What Happened to the Streetcars?

Streetcars reached their peak ridership in the 1920s. TCRT then had 523 miles of track, no public subsidy, and 200 million passengers a year. Most lines ran every ten minutes. The increase in automobiles, freeways, and suburbs in the following decades ultimately led to the demise of the streetcar. Buses, which could be operated with greater flexibility, took over the route in Saint Paul in 1953. The Como-Harriet line, the last line in operation, was completely abandoned in 1954 and its tracks were removed from the park four years later.