Pollinators Are Responsible for One out of Every Three Bites of Our Food, Not including Animal Food Sources 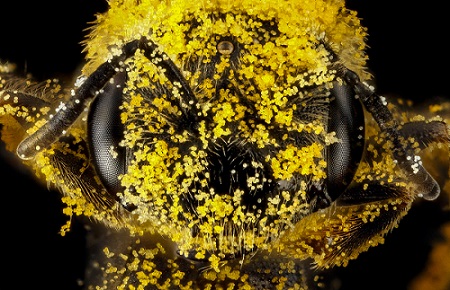 During the growing season in the Classroom, pollinators find lots of nectar and pollen to eat and feed to their young. As they visit flower after flower, they perform an important job for the plant — they transfer pollen, which fertilizes the plant so that it can produce seeds. Pollinators also promote genetic diversity by transferring pollen between plants of the same species, which may help plant species better adapt to environmental pressures. Many people know that bees are important pollinators, but did you know that bats, beetles, butterflies, moths, and birds are all important pollinators as well?

Have You Thanked a Pollinator Today?

Pollinators indirectly feed humans and wildlife. Many of our food crops are dependent on pollinators to reproduce. Other food crop species may be able to self-pollinate or be pollinated by wind or water, but produce larger and more numerous fruits when visited by animal pollinators. For example, raspberries produce more and better fruit after insect pollination.

Pollinators are declining due to a variety of factors, including habitat destruction and pesticides. In order to help pollinators, Classroom land managers choose plant species that provide nectar and pollen throughout the growing season, avoid the use of pesticides that harm pollinators, and provide shelter and places for pollinators to raise their young.

Step Right up to Get Your Nectar and Pollen! 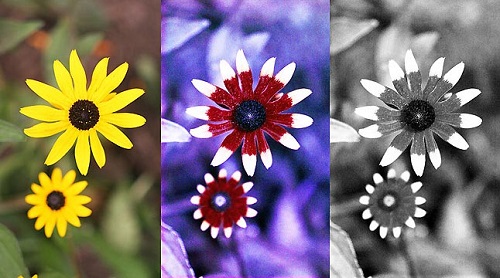 Plants have evolved alongside pollinators and have developed many different strategies to attract pollinators to their flowers. Characteristics used to attract pollinators are called pollination syndromes. Plants can use flower shape, fragrance, nectar, and color to entice pollinators to visit them. One particularly interesting pollinator syndrome is the use of ultraviolet patterns to attract bees. The visible light spectrum for bees and some other insects is not the same as for humans. Humans are able to see violet to red, while these creatures cannot. Instead, they can see ultraviolet, which humans cannot. Many flowers, such as the black-eyed Susan shown below, have an ultraviolet bull’s-eye pattern that signals to pollinators that this flower is a good place to land for a snack.

Once a plant has successfully attracted a pollinator, it must provide some type of reward so that the pollinator will be encouraged to visit other plants of the same species. Rewards usually come in the form of nectar (a sugary liquid exuded from the plant, a high-energy food source) or pollen (another food source rich in protein, vitamins, and minerals). As the pollinator gets its reward, it typically picks up grains of pollen, which it then carries to the next flower, thus completing the pollination process. Bees are fuzzy and are especially good at transferring pollen.