In Its Early Days, the Nursery Supplied Plants for All City Parks, Parkways, and Street Boulevards. After Its Abandonment, Local Audubon Society Members Adopted the Site for Bird Conservation.

The Nursery Is Established 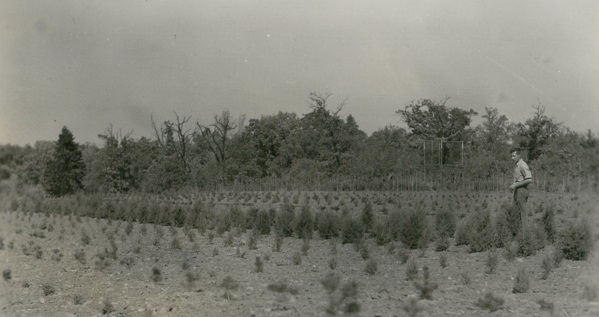 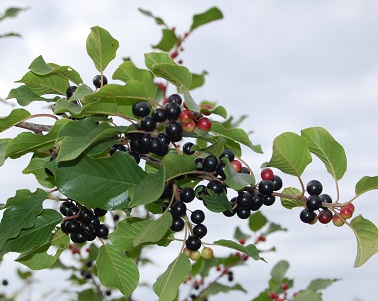 In 1888, a park nursery was created at the southwest corner of the park. Trees and shrubs from an old (non-park) nursery and from city lots to be sold were transplanted into the new nursery at Como Park. Native plants from adjoining woods were transplanted directly to barren borders along new park drives.

A year after it was started, the nursery contained 2,179 trees, shrubs, and vines. After the expansion of the park’s irrigation system, the nursery grew to over eight acres in 1903. Its stock rose to a peak for this era: 40,053, including 11,684 elms ranging in size from seedlings to 2.5 inches in diameter. Unfortunately, the nursery’s stock also included 2,172 Rhamnus cathartica — invasive buckthorn. By 1946, the nursery reached its greatest size of 10-12 acres.

Between 1920 and 1945, the City owned and operated three nurseries: a municipal forest, used for street plantings; a nursery at Hidden Falls; and the nursery at Como Park — the largest of the three. The Como Park nursery was completely renovated in 1925 after a five-year lull in its use. It operated until 1946, when a lack of labor during World War II led to its abandonment. A large portion of the nursery remains in the wooded section of the park between the maintenance buildings and the Classroom. Can you find north-south rows of hackberry, ash, and elm from the historical nursery?

From Nursery to Bird Sanctuary 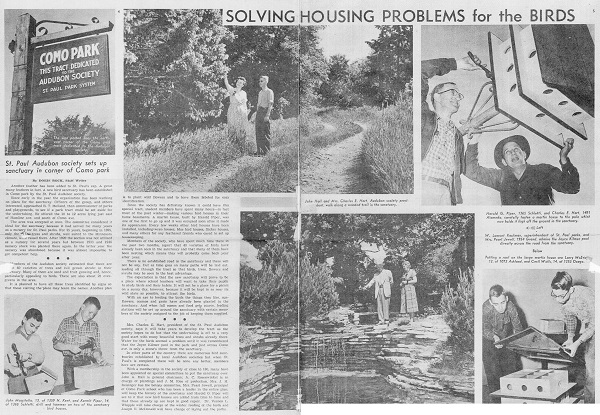 The former nursery became a bird sanctuary in 1952, when the Saint Paul Audubon Society approached a Parks commissioner about potential sanctuary sites. The effort was led by Pearl M. Jewell, a local school principal and Audubon member. The area had both open and wooded spaces with plenty of habitat, seeds, berries, and nuts to attract birds. The Joyce Kilmer Cascade and Pool provided a nearby source of water for birds. Members erected birdhouses and feeders, made trails through the area, spread flower seeds, and held clean-up events.

The End of the Bird Sanctuary 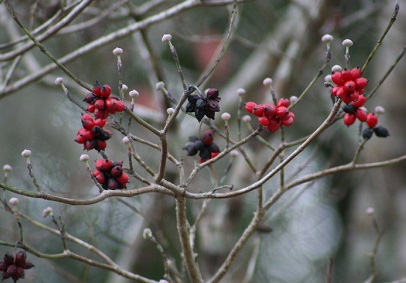