Anyone Can Contribute to Science! 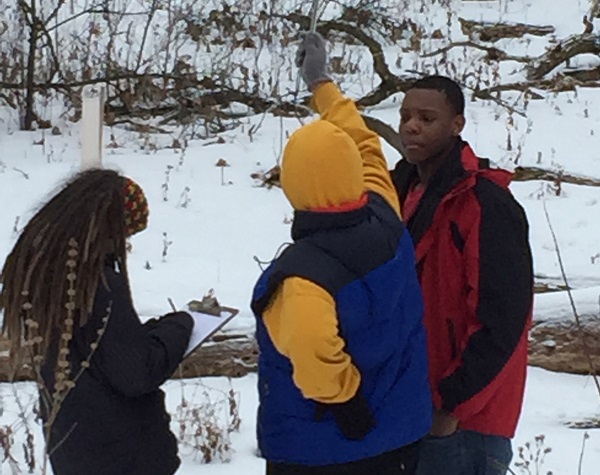 People have long recorded the timing of flower blooms, bird migrations, and other plant and animal life cycles. This has been valuable information for cultivating or gathering food. For example, some people who hunt for morel mushrooms begin looking in the spring when certain flowers bloom or oak leaves are a particular size. These cues are more reliable than using a calendar, because flower bloom and bud burst times shift from year to year.

The study of these life stage changes and when they occur each year is called phenology. Over millennia, many species have adapted so that their life cycles are synchronized with other species and with seasonal events such as spring flooding. This synchronization allows species to rely on one another for critical survival needs such as seed dispersal and pollination. With the climate changing more rapidly than in the past, some life cycles are becoming out of sync.

Climate scientists are interested in the long-running phenology records of farmers and other laypeople to under­stand more about the biological effects of climate change. In fact, scientists in many fields recognize the value of these citizen scientists. The efforts of citizen scientists have helped uncover the flight patterns of monarch butterflies and the population numbers of birds.

Students, land managers, and community members have participated in citizen science in the Classroom by recording phenological events, surveying breeding birds, and more. This information contributes to scien­tific research projects such as Project BudBurst, which is tracking when tree buds leaf out in spring. Citizen science is important for stewardship of the Classroom and is a way that anyone can help the environment.

The distinctive red pendulant flower of columbine (Aquilegia canadensis) is a favorite woodland flower for many. It was popular enough to be considered for our national wildflower because its five nectar-filled spurs resemble bald eagle talons. Columbine’s genus name contains the Latin word for “eagle.”

It is amazing to think that a tiny hummingbird overwintering in Central America can remember the long journey back to Minnesota. It is equally amazing that its migration is timed with critical crops of nectar along its 3,000-mile journey.

What If Blooming Times of Flowers Shift? 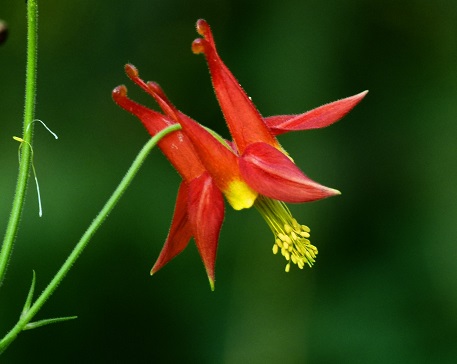 Ruby-throated hummingbirds (Archilochus colubris), like many neotropical migrants, use cues like day length to time their migration. Flowers, however, base their blooming periods on weather and climate. Flowers will bloom several weeks earlier in warm springs and go to seed earlier as well. As the climate changes, so does the timing of seasonal events like bud bursts and insect hatches. While migratory birds use the same cues they’ve trusted for millennia, could the climate change enough to leave them without a consistent food supply on their migration journey? Fortunately for hummingbirds, red columbine has a relatively long blooming period, leaving the tiny bird some wiggle room in our changing climate.