The Capital City Bikeway is a planned network of bicycle facilities throughout downtown Saint Paul. The bikeway network will connect to existing trails, effectively placing a majority of downtown within a few blocks of a bike and pedestrian trail. The first segment of the Capital City Bikeway was completed along Jackson Street from University Avenue to Kellogg Boulevard in 2017. 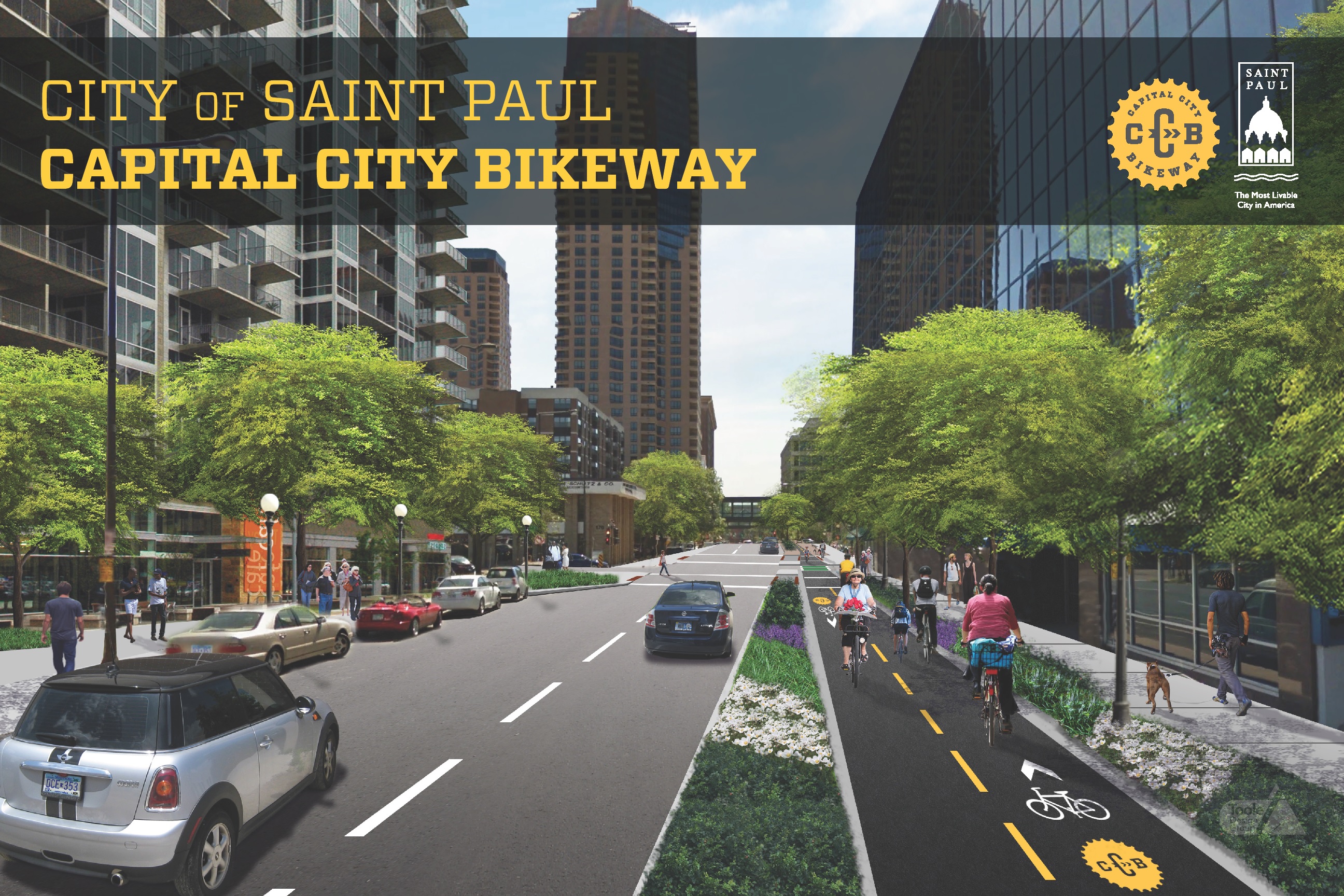 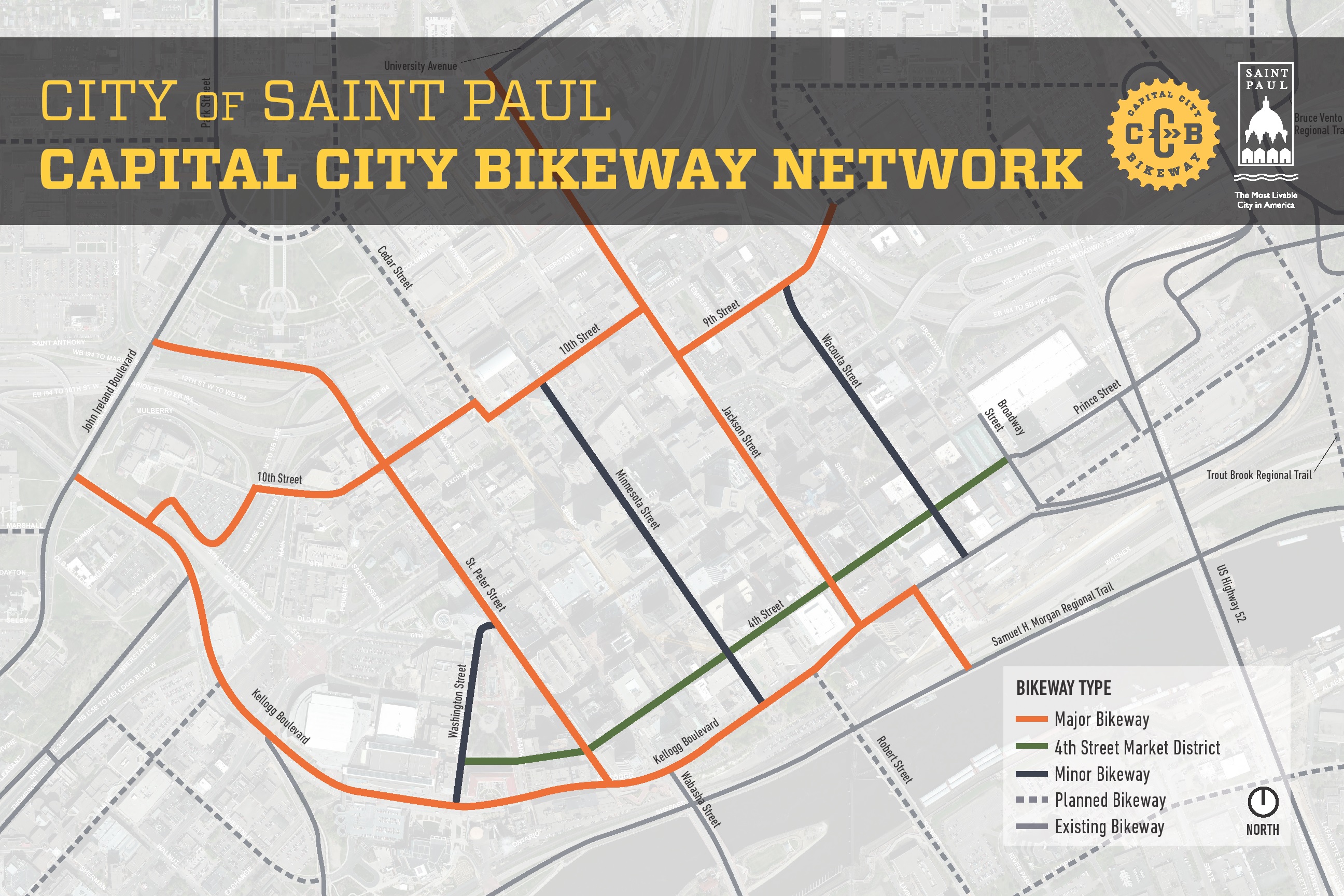 A COMPREHENSIVE PLAN
The Capital City Bikeway is part of the Saint Paul Bicycle Plan, a blueprint for doubling the number of bikeways in Saint Paul over the next several decades. The plan is designed to create outdoor vibrancy and enhance the economic vitality of Saint Paul, making it more accessible and attractive for people riding bikes, walking, running, driving, or using transit.

BENEFITS
The installation of bikeways, trails and sidewalks across the country has proven to bring economic benefits to cities, including increased retail sales and property values, and fewer vacancies. These facilities also provide a place to engage in regular physical activity which has numerous documented health benefits. Learn how bikeways enhance the vitality of cities.

MODERNIZING OLD STREETS
The Capital City Bikeway route covers some of downtown’s oldest streets. This project will allow these streets to be reconstructed and modernized to create a better experience for pedestrians, bicyclists, and motorists.