Station 19 was originally placed in service in 1909 at Maple and Conway, replacing House 3. In 1930, a single-bay, two-story brick building was erected at Highland Parkway (then Otto) and Snelling Ave. in Highland Park and leased from the Water Department for $1 per year. 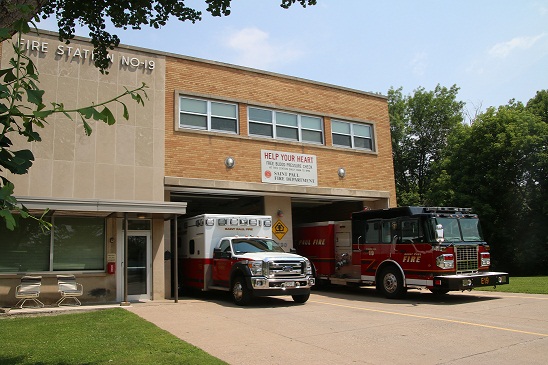